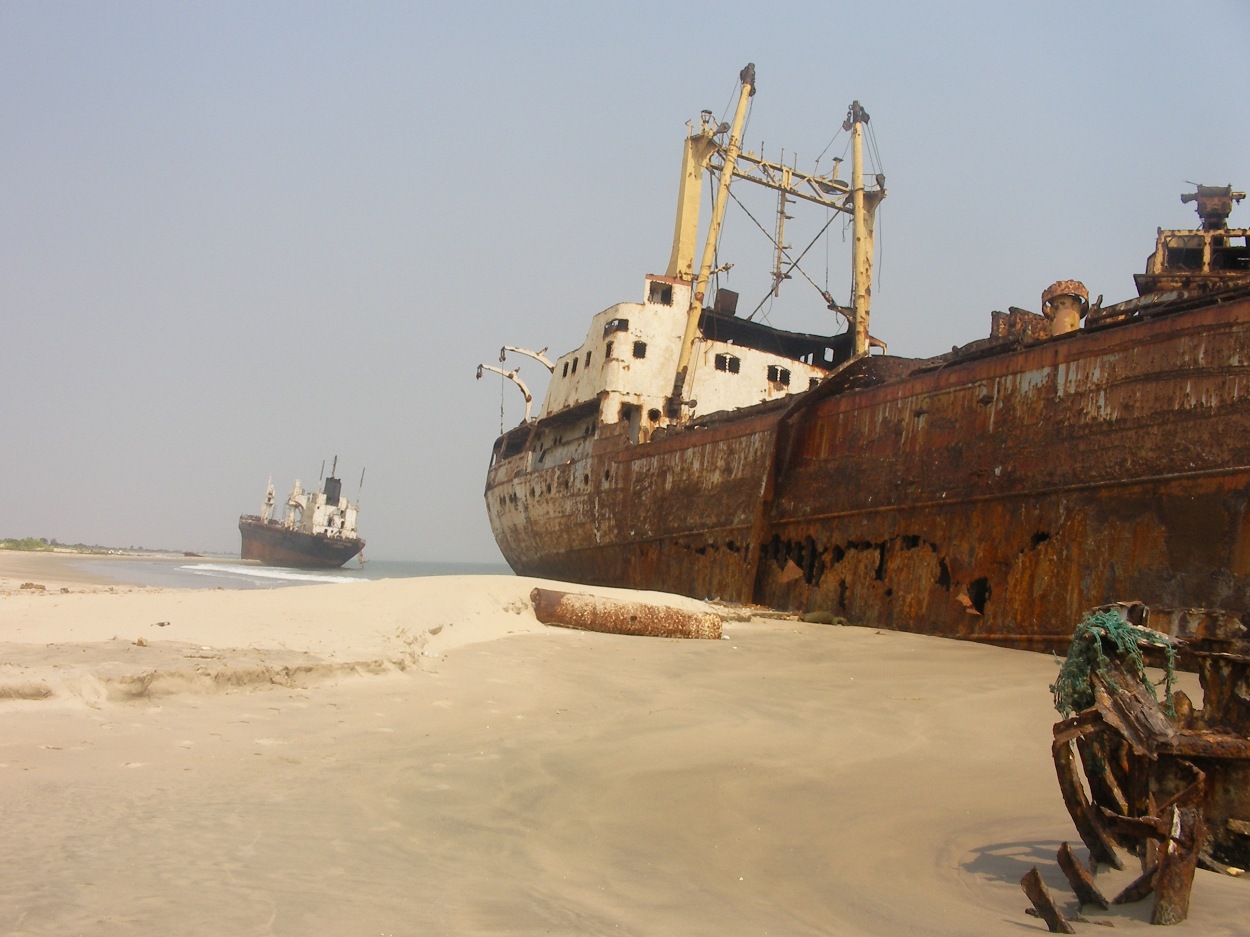 Summer 2010. Praia de Santiago, Angola, otherwise known as shipwreck beach for obvious reasons! Over thirty boats lie stricken at varying tilts and states of corrosion, from petrol tankers to cargo vessels, making it the largest ship cemetery in the world by some counts. Some local fishermen told me it was really a giant aquatic rubbish tip for worn out vessels from the port of Luanda while others insisted that this motley collection of boats had smuggled in arms during Angola’s civil war, a kind of African Dunkirk flotilla. If you can avoid rusty hulls and debris, the water is delightful for swimming, and the sand velvety underfoot.